The More You Know

I know a lot of things. Mostly because I sit in a cubicle all day everyday with Wikipedia as my oyster. Here's a few nuggets for today. Maybe I've shared some of these things with you before but I think those of you who know me enjoy it when I repeat myself. (That's some Facebook-style arrogance, right there.)

Did you know that Rasputin's penis allegedly had magical powers and may possibly be stored in a jar of formaldehyde somewhere? There used to be a Wikipedia page about his penis, but in searching for it right now, I've found that it must have been removed. Never fear, curious readers! Here's a lovely shot of it. There's one other photo floating around online that shows things a little more clearly, but let's be honest. Do I really need to add another photo of R's schlong?

Did you know that Layne Staley's body only weighed 86 pounds when it was discovered nearly two weeks after his death. 86 POUNDS! "The coroner estimated that Staley died on April 5, 2002, which is the same presumed date that fellow Seattle musician Kurt Cobain died in 1994," says the ever-reliable Wikipedia article. Do you even know who Layne Staley is? I didn't before I met Matt. 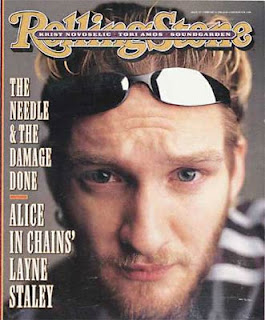 Did you know the Billie Holiday had a pretty serious alcohol and drug abuse problem which probably contributed greatly to her distinct voice and early death at age 44? She was even arrested in the hospital room where she was on her death bed for possession of narcotics. Heroin was Lady Day's drug of choice. When none was available, she hit the hooch.

Did you know that Nat King Cole was a heavy smoker? He smoked Kools, up to three packs a day, believing that smoking made his voice lower and richer. He died from lung cancer when he was only 45. I know that you're dying to know more about things I've read on the internet. But I'm veering to the musical direction after starting with Rasputin's junk so I'm gonna go ahead and stop now so things stay random. You're welcome.
Posted by misslucyparker at 3:33 PM