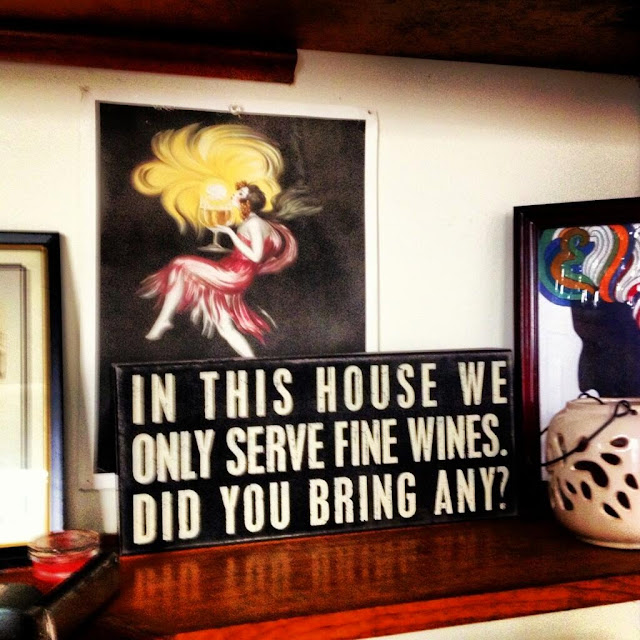 Posted by misslucyparker at 12:16 PM No comments:

Hypothetically, let’s say that your father is arrested… for a non-violent crime of course.  He’s no Scarface.  No, he’s arrested for some DUI related offense; like maybe his 4th DUI in 5 years (and you are definitely not gonna include those other 8- 10 times in years past because who’s counting).  You’re not surprised that he’s behind bars because frankly the writing has been on the wall for years that this outcome was inevitable.  And just for argument’s sake, let’s say that his incarceration has been a relief to you.  Sure you love him, that’s obviously not in question, but you have not had to deal with the day-to-day hassle of having him in your life.  The calls, the unwanted visits, the unreasonable requests for favors.  The way he makes you feel sorry for him even when he is the sole person responsible for the predicaments in which he constantly finds himself.  And frankly, he’s quite literally out of your hair.  I forgot to tell you that you happen to reside within a hundred yards or so of his domicile, which is his parent’s house naturally.  And if you would put yourself into this fictitious scenario, imagine that you’ve corresponded with your dad by letter a few times and seen him face to face just once in the last ten months.  That visit came after his second stroke in two months, and you were understandably concerned that he was about to die.  It’s not hard to imagine that death could come for a lifelong addict.  But imagine the relief you’d feel when you see him with your own eyes (behind a plexiglass construction cuz television does get that part right); you get confirmation that he’s still hanging in there.  And he is genuinely happy to see your face.  That’s nice, right?

Still with me?  Okay, now onto your hypothetical problem.  Father’s Day is upon you, and you want to get him a card.  Something that honors him as the person who donated half of your dna but that doesn’t extol his virtues as a parent.  This is a problem.  I’m not sure why with such a sizeable swath of the population being rounded up for jail time rehab that Hallmark hasn’t come out with a Daddy’s-In-Jail-But-I-Love-His-Jailbird-Ass holiday card.  It could be dubbed the Felony Father line and include a Get Out of Jail Free card to lighten the mood.  You can surely see the necessity of laughter for those serving time.  Now dispense with the hypotheticals for a second, try to recall the messages you read while shopping for a FD card this year, and….  That’s just it.  And….  I mean it’s not like you can buy the card that mentions all of the great things your dad has done for you.  Remember the time you played catch together?  Nope, you don’t because summer was his peak drinking season.  Remember all the camping trips you took together?  Well you do, but it reminds you of the time he drunkenly fell through the tent and scared the hell out of you and your sister.  Forgot to mention your hypothetical little sister; sorry ‘bout that.  What about all of the financial help he gave you through the years?  That’s funny when you recall sleeping on your wallet so he wouldn’t steal your money again.  And…

And you still love him.  Not hypothetically.  You really do.  He’s a mess; he’s always been a mess; he will likely always be a mess.  So you get the card with the fewest words.  It says something simple like To My Very Special Dad.  And he is special.  You can kinda remember him teaching you how to sketch robots.  Or that time he listened to The Marshall Tucker Band with you while telling you about the best back roads to ride around.  And how he would take you swimming and try to convince you to jump out of the tree even though you were scared.  And when you did it, he was so proud.  And his sense of humor and his laughter.  And...
Posted by misslucyparker at 2:36 PM No comments:


Clearly these students have gone back to school after an unfulfilling career as typists. 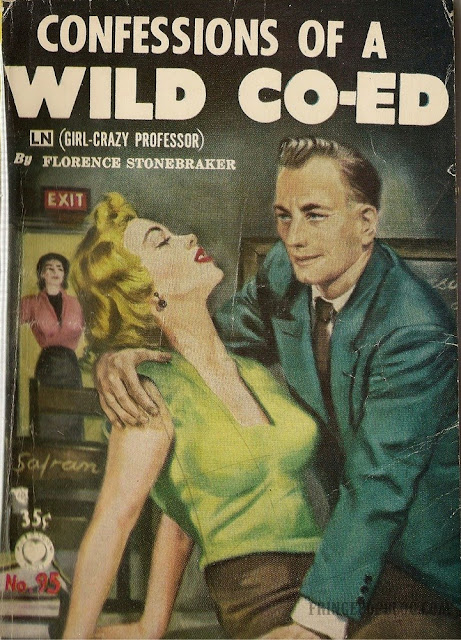 Posted by misslucyparker at 10:11 AM No comments:

Maybe I’m just lazy, but I don’t want to listen to new music to find my Summer Jam.  That’s probably the first sign that I’m headed towards bitter middle age.  The second sign will be when my poly-blend trousers are tucked safely beneath my armpits.  However, I’m not immune to the occasional trendy hook that the preteen set gravitates towards.  Case in point, Blurred Lines by Robin Thicke, T.I., and Pharrell (who also has his mitts in Daft Punk’s Get Lucky).  I’m pretty sure that it’s the Marvin Gaye Got to Give It Up sample that pulls me in, but this tune is clearly a front runner for Summer Jam 2013.  It has sexy crooning, the aforementioned jacked Marvin Gaye beat, and exuberant shouting.  Just don’t watch the video or this delicate soufflé collapses.  It wants to be George Michael’s Freedom 90, but the models prance aimlessly while the singers pose unconvincingly.  And without the gravitas of a Christy Turlington or a Cindy Crawford or a Ms. Naomi Campbell (Ms. cuz I’m nasty) the effect is comical not sexy.  I wouldn’t say that the video is the biggest disaster since Amanda Bynes **toke** dropped her “vase”, but it definitely lacks David Fincher’s critical eye for composition and narrative.

Back to Robin Thicke for a moment.  If you really want a deviated septum **wink** kind of season, you should get into Cocaine.  After all, mountains of nose candy and handcuffs in back alleys go together like lemonade and front porch rockers.  It’s the very essence of summer.

If that’s not your scene though, I would like to offer an alternative.  This next candidate is very dear to me.  It has the vibe of a stoner song, the beat of a hip hop jam, and the lyrics of a true innovator.  Missy Elliott’s Hit Em Wit Da Hee has real potential as my Summer Anthem.  That’s right, circa 1997 ya’ll!  I told you I’m lazy.  But listen to this one.  I mean, this features Lil’ Kim, after Hard Core but before the crazy facial reconstruction.  Missy is not speaking the Queen’s English; she’s barely speaking intelligible words.  Wait, is that onomatopoeia I hear?  Why, yes it is!  This is the Summer Jam your English teacher could support.

Posted by misslucyparker at 10:28 AM No comments: